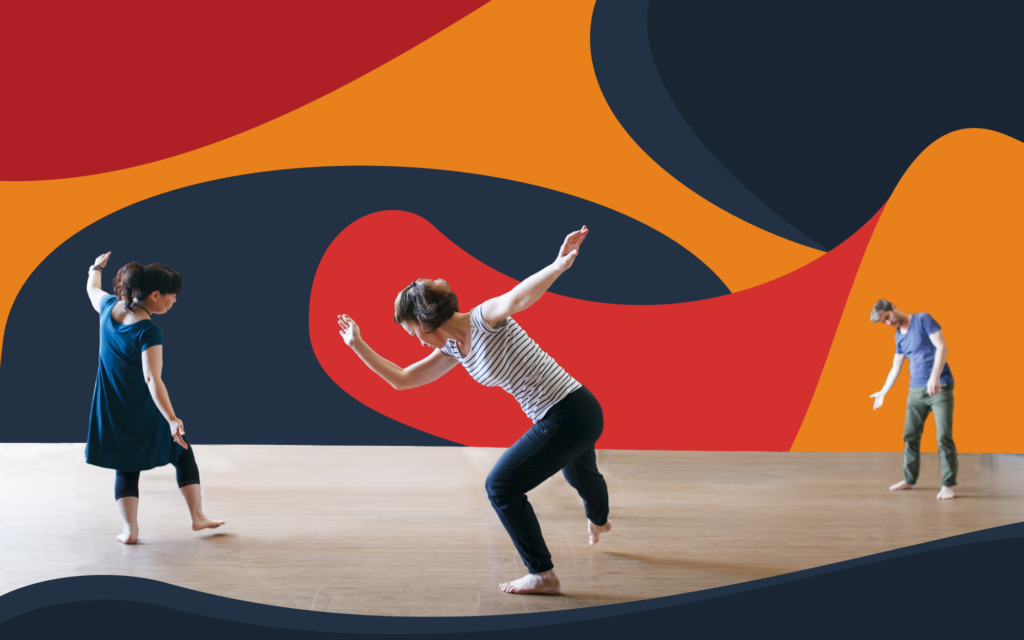 The first Dalcroze Lab was launched in January of 2021, led by Silvia Del Bianco, director of the Institut Jaques-Dalcroze in Geneva.

The idea behind the Dalcroze Lab is to revisit workshop sessions taped at past DSA National Conferences, such as the one held in Miami in January of 2020. Participants watch the video of the one-hour workshop, either individually before the session or together with other attendees at an online screening (presented to them in a Zoom session using the screen-sharing function). They then have a discussion with the teacher who led the workshop.

This format was an excellent way to promote learning and discussion about Dalcroze pedagogy. Silvia’s fifty-minute analysis of her own lesson and the Q&A that followed gave us deep insights into such elements as her expectations, the way she planned the lesson, and the way she evaluated student response during the lesson itself. The video of her presentation, which is still available to subscribers, is an invaluable pedagogy lesson from a master teacher. Thanks to the effective use of technology, I was able to observe an adult class and then have a pedagogical discussion about it—something I’d never done before.

The event sparked my curiosity. To find out more about how this great idea took shape, I spoke with former DSA Executive Director, Bill Bauer.

Jeanette: How did this idea of the Dalcroze Lab come about?

Bill: When I was executive director of the DSA, I worked with Alex Marthaler, who was then in charge of marketing and operations for the DSA and is now our interim executive director, to develop the Dalcroze Lab concept. The idea partly grew out of our annual Dalcroze community survey. In recent survey responses, members have been clamoring for online resources. To satisfy our members and the Dalcroze community, as well as to attract new memberships, we wanted to make our video archive into a more vibrant resource.

Videotaping conference workshops and sharing them has been part of our effort to help expand and promote Dalcroze Education and provide more resources for our members. At the 2020 National Conference, for example, sessions were filmed by professional videographer, Ralph Fernandez, who shot multiple camera angles. He edited the first video we shared with the membership. Ralph has an incredible eye for finding camera angles that keep the narrative of the video moving forward.

The DSA couldn’t afford to pay a professional to edit the remaining conference sessions, so we decided to put the remaining materials together ourselves, with Alex doing the editing. Fortunately, he has a real knack for it! Alex also designed the lesson descriptions. These chronicle what happened in the workshop and provide an outline of the workshop’s structure to help people keep track of where they are in the video. As a result, members can now watch the videos that are available on our website, read the lesson plan or lesson description, and study the video to better understand what was going on during the workshop.

We wondered how we could draw attention to these resources while also giving the workshop teacher a chance to reflect on their experience in planning and delivering the workshop. How could we get inside their heads and understand from their perspective? Alex likened the idea to the “talk back” discussions actors of Broadway shows have with audiences after the final curtain comes down.

Alex and I shared this idea with the marketing committee, and they [the committee members] were enormously helpful in thinking it through. Committee chair and DSA Trustee, Lori Forden, and the marketing committee are engaged in an ongoing effort to make the DSA even more valuable to members and more attractive to new members. We proceeded to design these events and call them “The Dalcroze Lab.”

We decided to create a series, rather than a one-off event. This approach allows people to register for all four sessions at a reduced price. DSA membership dues have contributed to the design and implementation of the project, therefore members get a strongly reduced rate for taking part. Our hope is that nonmembers who are intrigued will join the DSA in order to enjoy the reduced rate and then experience the other benefits of being members. During the first few months of the pandemic, the DSA offered a one-year free membership, which had attracted forty people to join. We saw creating more online content as an opportunity to encourage those people to stay and become paying members.

The seed for the concept of the Dalcroze Lab was actually planted when the DSA held a town hall meeting with our membership back in June of 2020. One of the things that we did during that month was to develop a model for sharing online resources with the DSA membership. Two weeks before the town hall, we released a video trailer of Jeremy Dittus’s children’s demonstration class from the 2020 National Conference. We made it available to all, free of charge. The idea was to entice potential members by giving viewers a sense of what was available with membership and also just to help promote the practice. The response from the community was overwhelming.

The following week, an overview of the lesson was released. Then, at the town hall meeting, Jeremy facilitated a thirty-minute Q&A exchange where he talked about the conference session. Participants asked about things like how far he diverged from his original lesson plan, and why he ended up modifying his original plans.

We are very pleased with how the Dalcroze Lab is turning out. The whole development process has been very fascinating and stimulating!

Jeanette: What was the process of making this event like?

Bill: One of the things I really love about the Dalcroze Society is that the collaborations flow very smoothly between the trustees, the committees, and Alex, the interim executive director. So, in a way, it was very easy to put this thing together. It was just a wonderful team effort with a lot of sharing and exchanging of ideas, which enabled us to make fast progress on the design of the concept and on its implementation.

Jeanette: How have the participants responded?

Bill: The immediate response was wonderful. The discussion with our second presenter, Dawn Pratson, for example, was very collegial and positive. People were happy to be there and eager to hear her insights. Likewise for Silvia Del Bianco’s Dalcroze Lab. All the attendees were highly engaged and intrigued with what she had to say.

Jeanette: It sounds like the project has been a big success.

Bill: Definitely. It’s a high-quality offering owing to the workshop leaders, who are generously contributing their talents. And it’s unique—there’s really nothing like this out there, specifically in terms of Dalcroze pedagogy. But it has also been a success in terms of numbers. Originally we thought it would draw about 20–30 people, but many more than that registered.

Jeanette: So what’s next?

Bill: I see it growing in this respect as the word spreads. As we get better at managing the technical issues, I think this offering will become a mainstay. I’m also hopeful that the concept becomes a working model for us to leverage our archival material and also to generate new video content so we can increase interest in the practice, in addition to giving members more pedagogical material to work from.

Jeanette: Do you plan to organize another series?

Bill: Yes, we are already talking about it. I think the Dalcroze Lab will become a tradition!

This article was originally published in the Spring 2021 issue of Dalcroze Connections, Vol. 5 No. 2.

View all posts by Jeanette Wong →